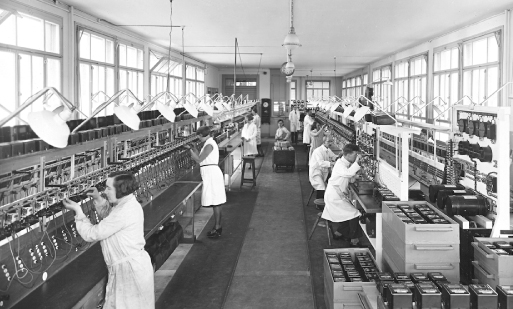 Already in 1936, the Austrian economist Oskar Morgenstern was calling for the application of mathematical methods in the social sciences, in particular in theoretical economics, so »that their problems can be formulated and treated in an exact manner«. His vision was a new »logistics« (to replace Aristotelean »logic«) using the symbolic language of mathematics rather than the—in his eyes—vague semantics of the social sciences. Statistical thinking goes back to the 19th century, as did the debates on the relationship of economic observations to those traditions in engineering and the natural sciences from which it arose. The rise of statistics as well as the genesis of the nation-state as parallel phenomena gave rise to a new specialized profession that put mathematical knowledge at the service of the state. Thus statistics embraces two separate but connected worlds: the world of the civil servants who collect data at the behest of the state and the world of science, where statistics is taught and researched as a sub-discipline of mathematics. This research part assumes that epistemic practices, administrative routines, and entrepreneurial action are interwoven and must therefore be examined as academic/political entanglements. As some factors that are key to economic production, for example the technological knowledge are contained within machines and humans, it cannot be measured. For this reason, any history of measurement must always also integrate the history of its limits.

Already in the late Ancien Régime, quantified information about human and economic resources served not only to determine the demographic and economic status quo, but also to make projections about the future. As we see, statistics arose looking toward the future, and as a means of calculating the same. Future developments can be won from knowledge about the past—that is the underlying assumption of prognostics. Prognoses—including economic prognoses—assume that systems remain stable. Yet influences on the economy seldom remain exactly the same. Rather, ever-changing market conditions effect future developments, which are difficult to extrapolate from known situations. Nevertheless, the postulate of ›economic indicators‹ is that the current and future economic situation can be measured as precisely as meteorological events. Any history of measurement must therefore also include a history of irregularities, also taking into account and providing an analysis of linguistic polysemy.

Our examination of economic exactitude shall take a history of knowledge approach that links social history and the history of companies to questions about the social genesis and utilization of knowledge. Looking in particular at operational planning on the microeconomic level and at macroeconomic research on economic activity and growth in Switzerland, we ask to what extent intuition, estimation, measurement, and computer modelling are interwoven, and whether and how such theories and practices diverge. We draw on a multilayered approach: a study of economic ideals of exactitude and the development of strategies to manage errors and miscalculations, the use of media (statistical series, modelling, data processing), the images used to represent knowledge, as well as societal debates on the political relevance of prognostic knowledge.