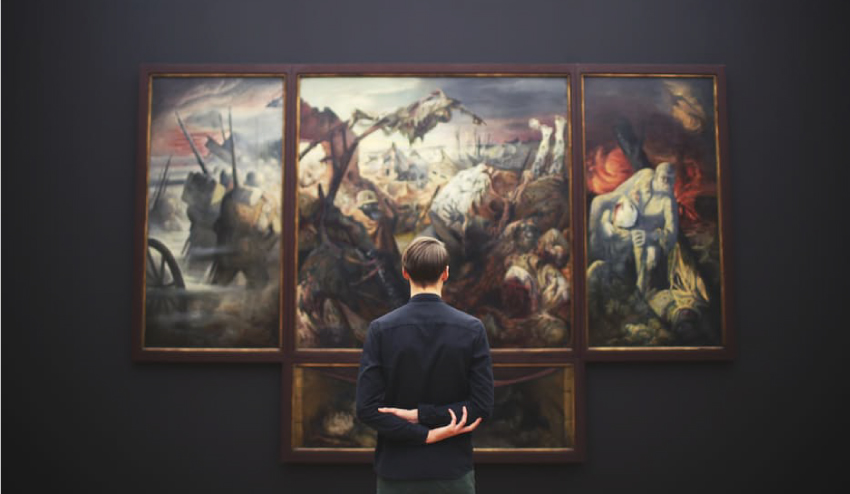 The interweaving of images and procedures of exactitude is to be studied under the assumption that the reorientation of accurate reproduction in the arts since Romanticism can only be understood against the background of a longue durée of the history of images. Thus, “image and exactitude” is a conceptual pair that comprises not only the smaller problem of the accurate representation of objects, but, from Antiquity to today, is linked to equally constitutive aspects of shaping and constructing images, such as the flattening of the support as a condition for drawing exact lines, the establishment of axes of symmetry, the construction of grids, and hence the reproducibility of images and not least the constructability of perspective spaces. These and other procedures of pictorial exactitude, again, influence the artistic production and become the main subject of the artwork itself. Accordingly, precision instruments such as the watch, the metrical prototype, the metronome or the thermometer are not only represented (as in Eugène Delacroix’ Femmes d’Alger, 1834), but also created (Marcel Duchamp’s Trois Stoppages Étalon, 1913-14), made metaphorical (Man Ray’s Indestructible Object, 1923) or used as functioning instruments (Jasper Johns’s Thermometer, 1959).

Our thesis is that exactitude is a concept that works on different operative levels in visual art and also, through images, itself becomes an object of observation. Since all of the above-mentioned works underline either the measurement of time or measurement itself as a temporal process, it further seems probable that exactitude entered the aesthetic discourse of modernism as a temporalizing theme. This processual understanding of exactitude refers not only to the relationship of the artwork to the entity that it attempts to reproduce exactly, but also looks reflexively at the means of producing exactitude.

In close examination of the artistic material in question the two dissertation projects, historically situated in modernism, are thus aiming to test the thesis that the dislodging of the geometric line in favor of a processual conception of exactitude in images is part of a broader temporalization of knowledge and the visual arts after 1800.

The PhD project by Larissa Dätwyler explores the pertinence of genuine traces of painting alterations and of creative processes after their artistic visualization in art works around 1900 in France and especially in Henri Matisse’s oeuvre. Paradigmatically investigating the principle of pentimenti, i.e. the layering and overlapping of correction marks, the project follows the preliminary hypothesis that at the turn of the last century a tension between the illusion of correction and the accumulated potential of manifold opportunities is established by means of a deliberate shift of correction traces, which formerly were intended to be invisible, into the sphere of visibility. Hereby, pentimenti come into focus as an artistic procedure that turns the creative process itself into the actual subject of the artwork. By establishing a connection from the top to lower layers of paint, and vice versa, the original moral meaning of the Italian term pentimento – repentance – undergoes a semantic shift and needs to be discussed against the background of modern aesthetics of autonomy as well as the altering relation between sketch and final painting.

In her dissertation Aurea Klarskov is investigating concepts and perceptions of time in the artworks and writings of the French-American artist Marcel Duchamp. On the one hand this is done by tracing sources and references from contemporary philosophy of science, popular science and philosophy, on the other hand by detailed attention to the temporal relations delineated in the artworks. The notion of process-oriented exactitude guides this investigation to take into consideration how the meticulous, day to day working process of the artist is embedded in a larger process of production, reproduction and reception. The study of precise reproductions of certain works or motives in various media and contexts throughout the artist’s oeuvre brings into focus a relational understanding of images, where images are not contained within a picture frame, but disseminated in their material as well as in their temporal structure. Duchamp’s notion of the beholder as a necessary component of an artwork further illustrates the open-ended, transferable quality of his artistic production.

Ralph Ubl intends to produce a monograph on a notion of the artwork that has also arisen following the processualizing of exactitude: the artwork as a counterpart that demands completion – whether by the author, the audience, or the signified. Jacques Derrida discussed in La Verité en peinture (1978) the art theoretical fundaments of this concept of pairing using the example of paintings of counterparts that are – or are not – a perfect fit: Vincent van Gogh’s Shoes (1886) or René Magritte’s Le modèle rouge (1935). Artists such as Édouard Manet, Max Klinger, Giorgio de Chirico, Marcel Duchamp, Hans Arp, Man Ray, Dieter Roth, Jasper Johns, Joan Jonas or Francesca Woodman link (im)perfect pairs with artistic methods and techniques such as imaging, casting, collage, photography, Xeroxing, and video. Their works, each in its own way, examine the visual pairing of counterparts and artwork as incongruent, lost, or fetishized perfection.